Painting Ulysses, an exhibition based on the 18 episodes of James Joyce’s novel, will be opened on February 2nd by Roddy Doyle. The works, painted by Aidan Hickey to mark the 100th Anniversary of Ulysses’ publication, will hang in the James Joyce Centre, North Great Georges Street, Dublin, from February to June 2022.

Since each of Joyce’s episodes was written in a different literary style, Hickey designed each painting in a different visual style. So the images have two sources… his responses to the Ulysses text and his eclectic exploration of European Art History.

The James Joyce Centre, founded in 1996, has become an elegant shrine to the great novelist, offering visitors an opportunity to contemplate his life and genius. Joyce never resided at No 35. But Denis J McGinn, who appears in Ulysses as Prof. Maginni, ran a Dance Academy at that address.

Aidan Hickey studied painting at the National College of Art, but spent his career drawing and writing animated films for Children’s TV. After retirement, still keen to tell visual stories, he developed a Narrative style of painting. And about six years ago he decided that Joyce’s Ulysses offered the perfect subject for him. Today, looking at the finished paintings, he says, “Pictures can convey a lot of the spirit of a written episode, but not much of its true significance. That said, even if my paintings only hint at the novel’s wealth of comedy and complexity, they might attract a new audience to Joyce.”

Originally run by descendants of the Joyce family, the Centre is now an independent entity supported by the Department of Arts and Culture. This exhibition, celebrating Ulysses100th Anniversary – and Joyce’s 140th Birthday – is the latest in a long series of events – literary, musical and visual, -presented to the public by the Centre. It will remain in place to mark Bloom’s Day in June 2022. 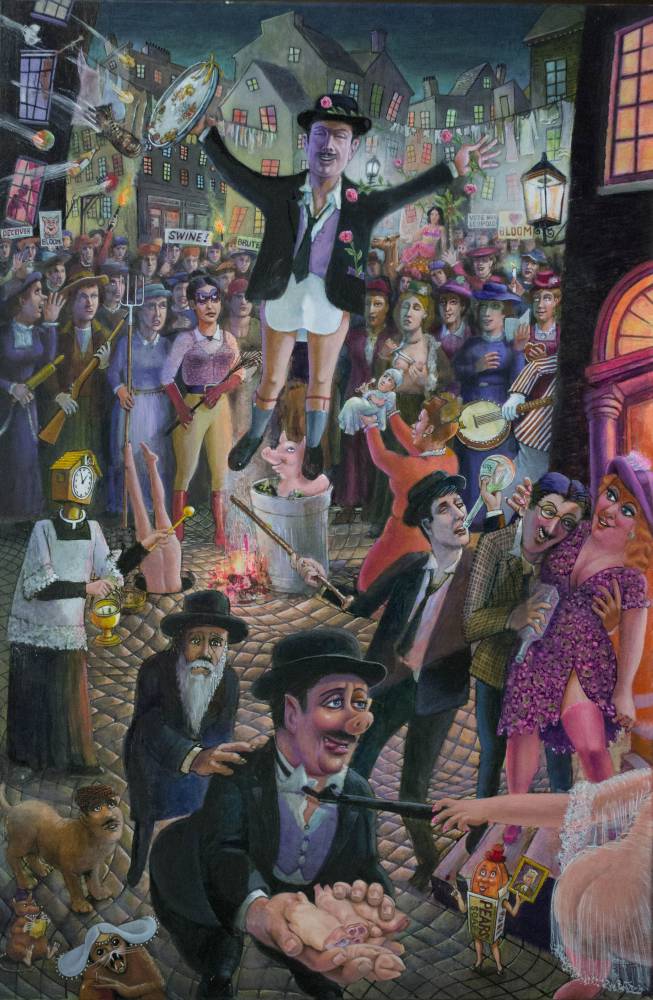 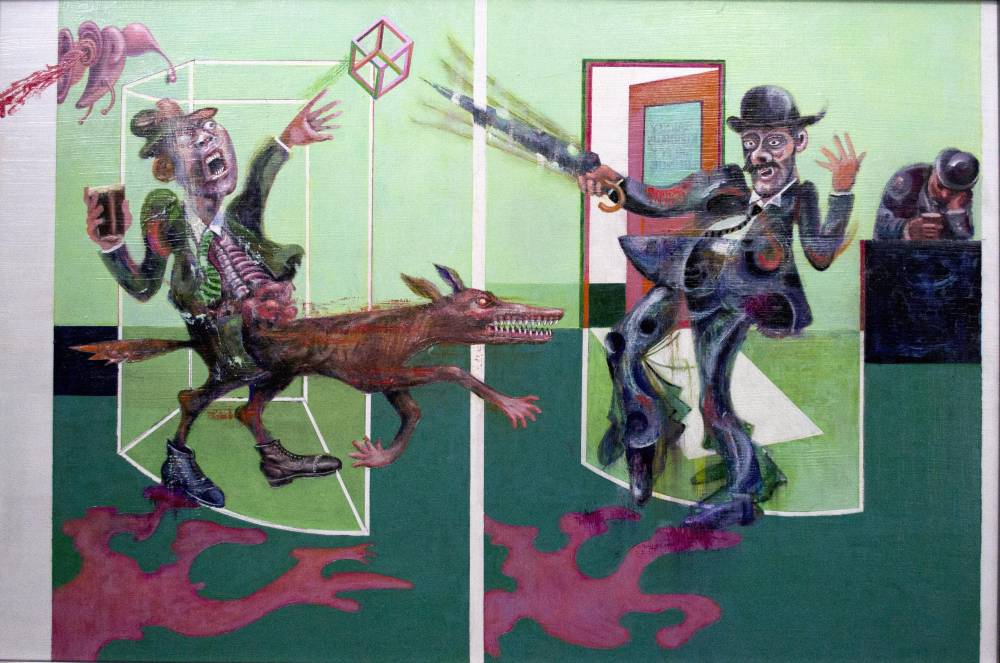 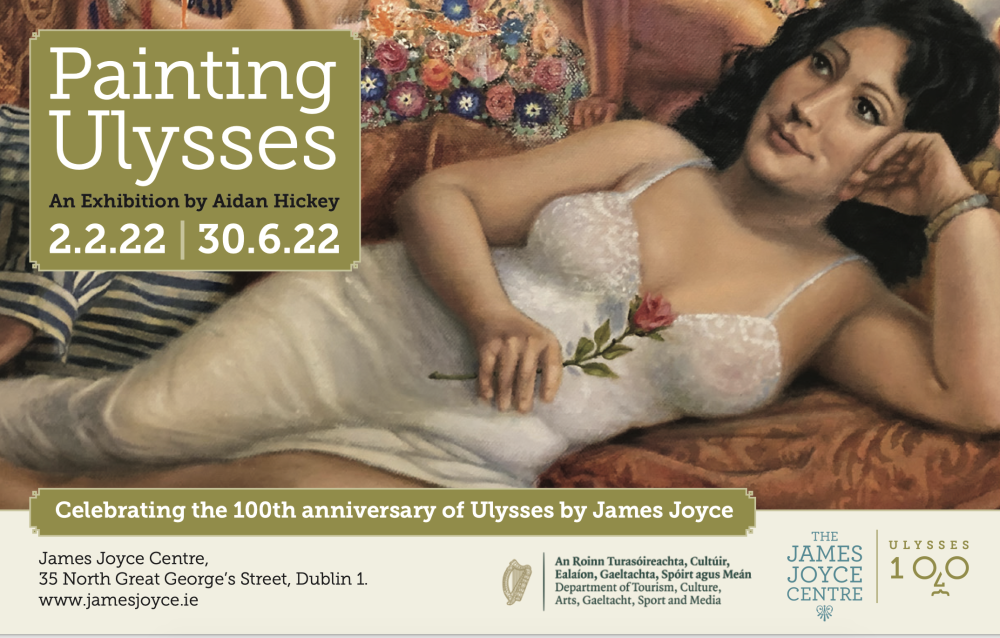